We here at DB Services love the BaseElements plugin. In fact we love it so much we decided to sponsor the development of HTTP POST in the plugin back at the beginning of 2012. Since then, we’ve used the HTTP POST functions in many web service integrations and are thankful for Goya’s continued contributions to the FileMaker community with this Swiss-army-knife-esque, open-source plugin.

Just as we’ve needed HTTP POST many times over the years, we’ve also needed field-level encryption. So, as history tends to do, we repeated ourselves by sponsoring the development of the plugin again, but this time for encryption functions. The latest beta version of the BaseElements plugin (2.3 as of 4/23/2014) now includes a set of AES encryption functions that can be used to encrypt text fields in a FileMaker database.

The new encryption functionality in the BaseElements plugin allows you to securely store sensitive data, such as credit card numbers and SSNs (ideally you wouldn’t store this data, but if need be, encryption is an important component of PCI and HIPAA compliance). Encrypting the entire database at rest, using FileMaker Pro 13 Advanced’s new file-level encryption, is also important in protecting sensitive data, but will not help you once a user has the database open. Encrypting at the field level prevents unauthorized users from accessing sensitive data in open FileMaker files, whether that be from exporting records, checking out a field value in Data Viewer, or accidentally stumbling upon a developer layout displaying the field.

If you have a FileMaker system that could benefit from a tighter security policy, contact us to discuss helping you add encryption to your system using the BaseElements plugin.

A Couple Things to Note

If you are interested in sponsoring the plugin yourself, or donating to the cause, check out the BaseElements Plugin Donations and Sponsorship page. Nick at Goya is a pleasure to work with and is very timely in responding to questions and requests.

We hope to see more of the FileMaker community sponsoring and contributing to the BaseElements plugin. FileMaker plugins on GitHub are like custom functions on BrianDunning.com: The more plugin code available to the community, the better off the community at large will be. Open source is a rising tide that lifts all boats! 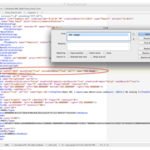 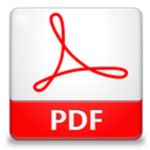 How to Create a PDF from FileMaker ServerDevelopment, Free Downloads