Near Field Communication is a technology developed in the early 2000s that allows for contactless communication between devices using radio waves to transfer data.

NFC can share information between two active devices, such as two smartphones sharing contact details, or between an active device and a passive device, such as a smartphone reading a NFC tag embedded in a poster. NFC tags are tiny, inexpensive chips that contain a small amount of memory, a radio chip, and an antenna. They can be visible or hidden in almost any object, thus allowing common household items to turn into “smart objects” easily.

Although technology already exists that lets us share data using radio waves, NFC is specifically designed to share information securely and faster than earlier methods (Bluetooth, RFID, QR codes, etc). As cited by the NFC Forum, there are over 2 billion NFC-enabled devices worldwide. From making mobile payments at the grocery store to scanning boarding passes at the airport, NFC has rapidly become a mainstream technology in our everyday lives. The video below demonstrates how FileMaker Go makes it easy to incorporate NFC by introducing a new script step to read these tags.

To set up a test case for NFC, I acquired a pack of NFC tags that worked at a frequency of 13.56MHz. I programmed mine using a free app called NFC Tools which I downloaded from the App Store. It took less than a minute to associate a serial number with my specific NFC tag, and I was able to easily reconfigure the tag to associate other test data.  My iPhone XR acted as an active device and through the use of FileMaker Go 19, my serial number was scanned, passed as a parameter, and set in a field when my iPhone was placed no more than 4 inches away from the tag. Currently, iPhones XS, XS Max, XR, and newer models equipped with the latest iOS software can read and encode NFC tags natively. iPhones 7 and 8 are limited to reading NFC Tags with the help of an additional scanning app. Note that this capability will not work on iPads.

Be sure to download the file at the end of this article to follow along with the demonstration. FileMaker Go 19 added the script step “Configure NFC Reading” to read NFC tags.

In the Configure NFC Reading step, users choose between “Read” or “Cancel” to bring up the pre-made Apple UI that instructs users to hold devices as close as possible to the NFC tag. The Script is automatically invoked once the reading has either succeeded or cancelled and comes with an optional parameter to pass. The Timeout exits the reading after the specified number of seconds and relieves the user of manually finishing the scan. Lastly, the Multiple parameter should be used if more than one NFC tag needs to be read in one session.

The cog wheel will bring up specifying the script, timeout, and continuous reading features. All three will be unchecked initially.

Because NFC tags can be programmed in several ways, FileMaker Go will support four of the most common formats:

To start my script, I checked to see if the user was in the correct platform, as this script step is only compatible with iOS systems.

Next, I used the Configure NFC Reading script. This activated the tag scan, and once the tag had been read, it called upon the “Save Scanned Data” script which pulled the serial number of the tag into a field on my layout.

I attached this script to a button on my layout made specifically for an iPhone.

The end result passes the serial number associated with the tag as a parameter to a field on the layout. Once the data is saved as a parameter, it can be used in whatever capacity to perform the specialized functionality your app requires. Whether that is keeping track of Euchre scores or counting attendees at a mandatory event, NFC’s versatility is one of its biggest assets.  This was all done without the need for wifi, manually pairing devices, and if there is a mistake, the NFC tag is easily reprogrammable to show the correct data.

NFC allows businesses to talk to customers in innovative ways. Every endpoint acts like a personalized channel to engage potential customers and create relationships. It essentially allows any manufactured product, from potato chip bags to NFL jerseys, to become smart products that can share information with customers by simply hovering smartphones near a product. FileMaker Go is simplifying the process of using NFC technology by enabling your business to create personalized channels and ultimately grow your customer base. Contact us today to find out how NFC can expand your business!

Devon Mason
Devon is an optimistic and energetic FileMaker developer who engages her unique combination of creative and analytical skills to design effective solutions for clients.
CONTACT US TODAY! 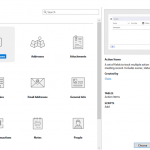 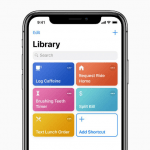