When writing code, you can only choose two of the following:

At DB Services, we think it is more valuable to place a higher focus on readability of code that works well than quickness of writing. Since developers spend more time reading and debugging code than actually writing it, any efficiency we can gain through maximizing readability will add up quickly. This ultimately benefits the client because optimizing the readability of code gives the biggest bang for your buck.

Let's take a look at a couple ways we do this.

When it comes to the application development process, humans are the most expensive part and conserving labor hours is the best way to lower costs. One way we do this is using templates for similar code when working on processes. With carefully crafted templates that use clean, readable code, we are able to save development time. Plus, the familiarity with the code we already know works allows us to get moving rapidly and accurately. 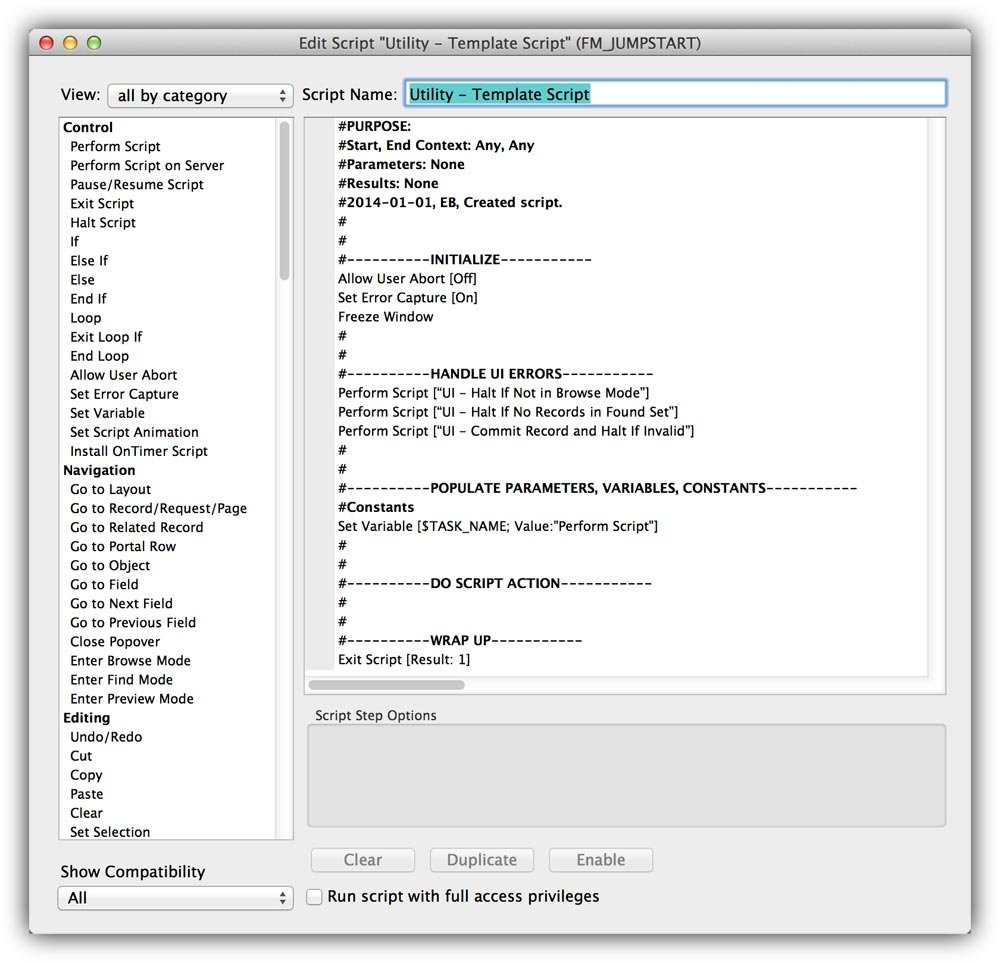 If we need to create something new with no similar code, using a blank template script helps to make a readable, robust script.

Commenting well is possibly the biggest part of writing scripts that are easy to scan and read by developers. To comment well, it’s important to create a high readability factor. High readability can be achieved by spacing out different parts of the code into blocks, preferably by thought process behind each block. Basically, try to keep everything related within a block and allow proper spacing between each block so there is a visual cue where each block begins and ends.

Here is a side-by-side of the same script: 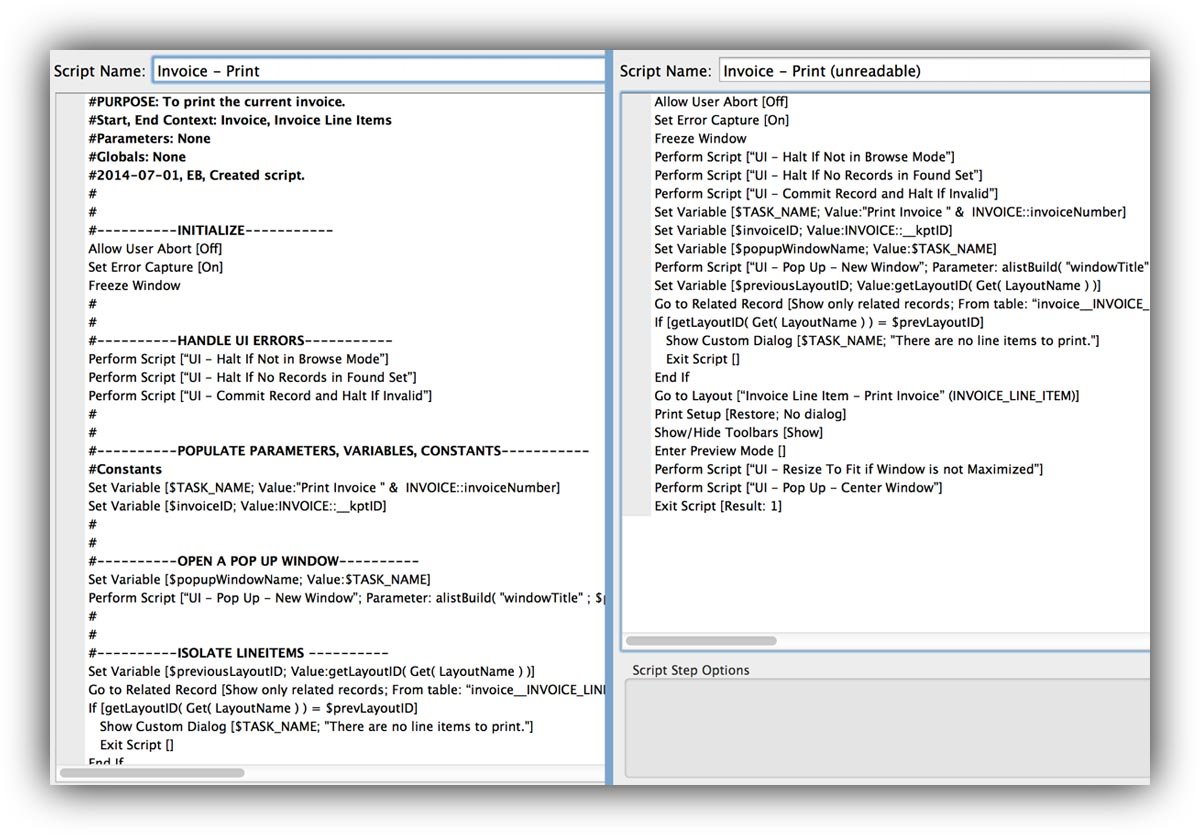 On the left is a well-commented script; on the right is the same script with no comments. In order to understand a script without comments, a developer has to read every single line to figure out what’s going on. If you comment well, then months later when you need to jump into the code, it won’t take nearly as long to decode what is going on.

Because developers spend so much time reading and debugging code, it only makes sense to take a little extra time at the front end of the process to create readable code. In the long run, that little bit of extra time at the beginning saves developers a lot of time and frustration down the line. All of which makes for a better product and better value for the client. 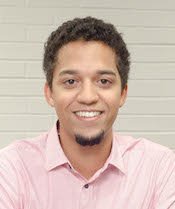 "We were actually able to add more features than we thought would be possible within our budget. We always experienced a ‘can do’ attitude and DB Services was incredibly patient and easy to work with."
Courtney Hartman
Art Director
"The new FileMaker custom website interface is very user-friendly and easy to follow for our clients. In addition, it is much faster than the old Instant Web Publishing (IWP) interface. Thank you and all the others who have helped us out at DB Services. I am very grateful for the excellent service you provide us. Its nice to know we can call you for help if we have an issue."
Wayne Capek
President
"We needed a solution that would simplify the administration of our responsibilities under our contract with the State of Indiana. We have seen a dramatic increase across the state in the number of potential foster and adoptive parents that have begun the preparation and training process. This increase has resulted in a significant opportunity for children available for adoption. That’s a big win for everyone! And it’s all because we can refer potential parents to the proper state contacts efficiently and quickly."
Chris Morrison
Executive Director
"Thank you for all of your expertise and valuable help. I am so grateful to have found DB Services."
Linda Findlay
Owner
"Thank you for our new database system. We transitioned from a carbon copy paper based system to a digital database. The software has saved us time and money. We used to archive all our jobs in cabinets, now we can look up a job in seconds from anywhere. The software allows us to easily email estimates to our customers in pdf format. In a year there was a return on investment just from eliminating the purchasing of our carbon forms."
Todd Cartmel
Owner
"The new system allows us to create and track jobs for customers along with inventory, something we had been doing with separate word and spreadsheet files. Because it’s now so intuitive, new staff members are able to begin using the database immediately without our usual training session and ‘cheat sheets’ for getting around within the file."
Tom Andrews
President
Tweets by dbservices
How to Create a PDF from FileMaker Server
Free Downloads
,
FileMaker
,
Hosting 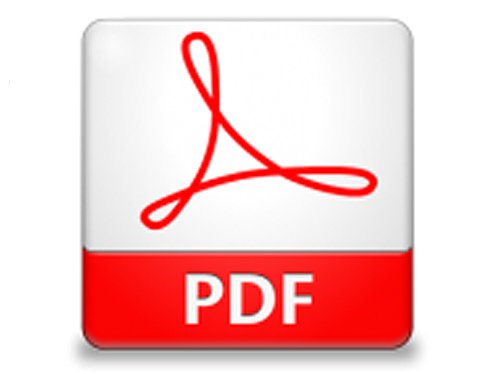 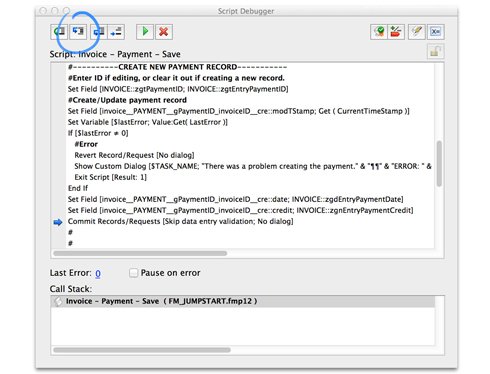