This is the FileMaker Pro release we have been all waiting for. FileMaker Pro 15 caught the engineers a bit off guard by switching to annual release cycles. Now all those goodies that didn’t make the last release have been cooking for 24 months and are ready for you to enjoy. The FileMaker 16 platform is a fine example of why you need to stay on the latest version as it continues to add new features that will make developers, end-users, and the folks in IT very happy. FileMaker is a well-rounded platform and this release provides many features for usability, mobility, security, development, integration, and scalability. You can build more advanced applications faster than ever before.

There is now a new window style choice, Card, that allows you to display data from another layout. Cards open up a world of possibilities for developers and solutions. See FileMaker Card Windows in action as Emory Brown looks at this exciting new feature in depth. You definitely want to start using this in your solutions moving forward.

You can now have multiple windows in Windows that are no longer bound to the application window. Mac users have experienced this for a very long time and now Windows users will enjoy the freedom of what is known as Single Document Interface. Check out the many new FileMaker User Interface Enhancements including the new FileMaker Windows Interface as Brandon Ray walks you through the numerous improvements.

You now have the ability to setup a user login to authenticate with Amazon, Google, or Microsoft Azure AD.  Learn about FileMaker Security in the new version as Michael Westendorf shows you how to setup FileMaker OAuth with FileMaker Server.

Securing sensitive data means you should be encrypting across the wire, setting up Encryption at Rest, and also encrypting the data at the field level. FileMaker has added 6 new functions that allow you to pass a key to the function to Encrypt and Decrypt the data: CryptAuthCode, CryptDecrypt, CryptDecryptBase64, CryptDigest, CryptEncrypt, CryptEncryptBase6. Read more about FileMaker Field Level Encryption in our FileMaker Security article.

Over the course of time FileMaker layouts can hold many layers of objects. You end up grouping and locking objects in order to make the layouts easier to work with. Now FileMaker provides you the ability to see the order of the objects and ability to show and hide objects on the layout along with searching a layout object tree. Learn more about FileMaker Layout Object Window as Gayoung Moon shows you how to use Layout Object Windows.

A new option is now available in the Insert from URL script step, Specify cURL options, which allows you to set headers and includes over 80+ options. Learn more about all the FileMaker cURL options that are now available as Eric Church takes a deeper dive into cURL.

New functions are now available to retrieve, parse, modify, and send text as JSON (JavaScript Object Notation) data with Web Services that use a REST API. Using the Insert from URL script step you can retrieve data and then parse JSON from the result or send JSON data. See the new FileMaker JSON functions available, as Jeremiah Hammond demonstrates using JSON in FileMaker.

This used to be available only in FileMaker Pro Advanced, but now you can copy and paste tables in FileMaker Pro as well. This is great for when you are consolidating separate applications into one or porting one system feature to another application.

A new script step Configure Region Monitor is now available that allows you to monitor for the geolocation or for known iBeacon(s) in an area and then perform an action based on the iBeacon found. This will allow you to know if the user is entering or leaving the predetermined region. Learn about FileMaker Location Monitoring as Ethan Yoder demonstrates how to use these new Configure Region Monitor script steps.

You can now add animations and transitions to Go to Layout and Go to Related Record script steps.

From the Insert from Device script you can now do Full Screen, Overlay, or Embedded type of Signatures.

Create your own custom paper size dimensions from the Print dialog under Paper Size.

Server has always been known for its ease of use and ability to run without any problems. The newest version focuses on performance improvements, security updates, and many enhancements related to WebDirect, specifically PDF on Server support, and additional security such as OAuth 2.0 accounts.

WebDirect is the flagship FileMaker web app client for a browser and doesn’t involve any web programming. This version adds the ability to scale up to 500 users at once. You can now have one Master Server and up to five Worker Servers (each gives you up to 100 users) to achieve up to 500 users for WebDirect. Users who are using WebDirect should get lots of RAM for FileMaker Server machines to have optimal performance. For Androids, FileMaker WebDirect, Custom Web Publishing, or the new Restful API are the only ways to deploy a FileMaker-based application.

The FileMaker platform continues to be the leader in creating powerful custom applications for organizations all around the world and works seamlessly across Windows, Mac, iPad, iPhone, and the web. The new release of FileMaker 16 further emphasizes this.

FileMaker 16 is one of the largest releases and is full of features you can benefit from. We look forward to building amazing custom applications using the new tools for Mobile, Web and the Desktop. 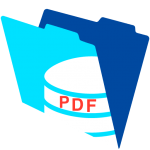 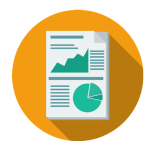