The new version of the FileMaker platform is here! We'll look in depth at what's new in FileMaker Pro 15, FileMaker Go 15, and FileMaker Server 15. We have highlighted many of the best new features with ten detailed articles provided by our staff looking in depth at each of the features. FileMaker announced they will release new versions every year, resulting in shorter release cycles that'll bring innovative new features to us faster.

The latest version continues to focus on new features that enhance usability for users and developers with a few nice performance enhancements.

Portal In-line Progress Bar
Have you ever loaded a screen with a portal and waited for the hundreds to thousands of records to display? Well we now have Portal in-line progress bars, which will allow you to interact with the rest of the screen while the portal is still loading. This is a very welcomed addition for users that are using an application over the Internet, as we can never see too many performance increases. All you have to do is install the new version to get this one!

Concealed Edit Box
You can now add concealed edit boxes to layouts. This allows you to hide the data being typed into a field from any onlookers as the field displays dots instead as you type. The data is not encrypted, so it can still be easily exported so take additional security measures to encrypt the data or prevent users from exporting the data.

Updated User Interface
FileMaker 14 had killer user interface features including button icons, navigation bars to name a few. Now the Status Toolbar icons for users in browse mode and icons for developers in layout mode have been improved. In addition full-screen view and split view are supported in the FileMaker Pro document windows on OS X.

In-Product Updates
Product updates before required you to visit the FileMaker Download page and then select your update to download. This was tedious to end users especially as we have become accustomed to products such as Chrome updating for us. Now when an update is available you can download and install the update all from within FileMaker Pro.

Read about FileMaker In-Product Updates as Jeremiah Hammond looks at how the new in-application updates work.

Script Workspace
For any user who writes or edits scripts more improvements have been made to the Script Workspace, FileMaker's Integrated Development Environment (IDE). You can easily see highlighted script errors in red and problems are automatically highlighted when importing or pasting scripts. Unlimited Undo is now supported in the Script Workspace and in the Specify Calculation dialog box, including Undo Delete. All developers will enjoy these new features.

External SQL Storage Adapters
FileMaker has long been known to be a hub for many organizations' data. External SQL Storage (ESS) has been in place since version 9 for Oracle, Microsoft SQL Server, and MySQL. Now joining the party includes the likes of DB2 and PostgreSQL. You can easily set up ODBC on the server and all your FileMaker users are then able to access the data from these other popular database platforms.

Read about FileMaker 15 Starter Solutions as David Happersberger looks at the differences in the new templates.

Web-based Help
FileMaker Help is truly great. Now help is available online and can be downloaded if needed. Help has been redesigned for easier access and use. Being web-based, FileMaker Help can be easily updated by the support staff by FileMaker.

FileMaker Go 15 has all the features you get in FileMaker Pro such as concealed edit box and portal in-line progress bar, plus some specific iOS features listed below. The new version of FileMaker Go 15 is available on the App Store.

iOS App SDK
While this was released in January a few months ago it is worth mentioning. You can now develop your own standalone iOS app from an existing FileMaker application. This allows organization to easily deploy apps with Apple's MDM Distribution. You must purchase a FileMaker Community Developers Subscription $99/year to receive the iOS App SDK which is Mac only.

Touch ID & 3D Touch
You can easily enable your application to support Touch ID to allow users to log into your application with their fingerprint. With Force Touch you can select the FileMaker Go application and select which database you wish to open without opening Go first.

Read about FileMaker Touch ID & 3D Touch as Bobby Vogel discusses how to use these new features.

App Extensions
If you install a popular app on your iOS device then it may come with App Extensions. If so then you can easily share data from FileMaker Go to applications such as Box or Dropbox for example to back up your database. There are lots of possibilities here.

iBeacon
Now integrate your FileMaker app on iOS with iBeacons. There is a new function RangeBeacons that returns a list of iBeacons and their proximity to the iOS device. This is truly an exciting feature that will open many possibilities. Read the Getting Started with iBeacons at Apple’s iBeacon for Developers page to learn more. We look forward to seeing what you all produce with the new iBeacon support.

Read more about the FileMaker iBeacons as Weihao Ding goes in depth to educate all of us on how you can use iBeacons in your FileMaker app.

Server has always been known for its ease of use and ability to run with little to no problems. The newest version focuses on performance improvements; security updates; and many enhancements related to WebDirect, specifically support for mobile phones, reducing data over the wire, optimizing memory footprint, improved caching container data, protocol enhancements, improving thread management, and additional security.

FileMaker WebDirect
WebDirect is the flagship FileMaker Pro desktop client equivalent in a browser, without any web programming. This version add support for mobile phones and includes more performance improvements, at the high end the recommended hardware supports up to 100 WebDirect users. In our labs we did notice WebDirect is slightly faster than before as FileMaker continues to optimize the memory footprint. Users who are using WebDirect should get lots of RAM for FileMaker Server machines to support your users. For Androids, FileMaker WebDirect or Custom Web Publishing continues to be the only way to deploy a FileMaker-based application.

Top Call Statistics Logging
Troubleshooting performance on a server with a lot of users can be time consuming. With FileMaker Server 15 you can turn on Top Call statistics in the Logging tab from the FileMaker Server Admin Console. This will help identify the scripts, finds, or other operations that are taking the longest to run on the server.

Learn more about the FileMaker Server Top Call Statistics as Ian Haas looks at how to use this new log.

If you choose to use the default certificate provided by FileMaker you will now receive proactive security warnings that are annoying to your users that let them know the certificate is not secure. If you want to use SSL we advise ponying up around $100/yr and getting a certificate to safely encrypt your data inside and outside the network.

The FileMaker 15 platform continues to be the leader in creating powerful custom applications for organizations all around the world that works seamlessly across Windows, Mac, iPad, iPhone, and the web.

After waiting 12 months, we are happy to see FileMaker 15 and look forward to building awesome custom applications using the new modern tools for Mobile, Web and the Desktop.

Need assistance in taking advantage of all the new features of FileMaker 15? Contact us and let's discuss what we can accomplish together.

Posted on  May 10th, 2016  in  Licensing, Claris FileMaker
By Kevin Hammond 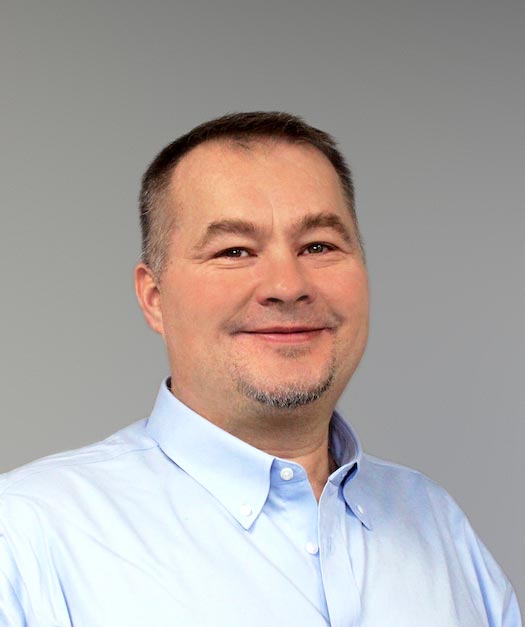