FileMaker Pro Advanced is the flagship desktop application with more enhancements to create custom apps such as an improved file importing workflow, native file manipulation, enhanced security, and many more developer tools that allow you to build and deploy more innovative applications faster than ever before.

A welcomed redesign to the process of bringing data into FileMaker via the File Menu->Import Records, the dialog presents users a much easier way to import data and more possibilities with custom file import delimiters.  You can choose any row for the field names, trigger auto-enters on a per field basis, and use type ahead field mapping when dealing with large number of columns to wade through. See the wonderful user experience as Carlos Machado shows you the Redesigned FileMaker Import Records Dialog in action.

The new Save a Copy as XML script step opens up the potential for automating versioning of solutions and is great for teams or managing multiple build outs of the same application. The XML representation provides more detail than the Database Design Report XML most developers use today. See FileMaker Version Comparison in action as Brandon Terrell shows you in a video and sample file.

Sending email is now supported in the Insert from URL script step with SMTP cURL options, which have opened up the ability to send HTML emails directly from FileMaker. Learn about Sending FileMaker HTML Emails as Kevin Boehle walks you through in a video and provides a sample file for download.

What used to require third party plugins can now be done natively in FileMaker: you can work with files on disk, including creating, renaming, deleting, reading and writing. See FileMaker File Manipulation in depth as Victor Perez-Mendoza shows you how and provides a free download as well.

Many new security improvements are available in FileMaker 18 including the ability to grant administrators account management without giving the them Full Access in Advanced Settings.  A new user experience for the Manage Security Dialog box allows you to work more seamlessly when managing accounts including a new Details pane, type ahead, and multi-select. Also Full Access is required by default to reference a file when creating a new application.

Now you can log errors while a script is running in FileMaker Pro, similar to how errors are logged when a script runs on FileMaker Server. With the file manipulation script steps, developers can build automatically importing the script error logs into a central table to view errors from all Pro clients. Check out FileMaker Script Error Logging as Austen Gren shows you in a video and sample file.

The new While function allows developers to loop in calculations, repeating logic while a condition is true, and then return the result. This gives developers the ability to replace many recursive custom functions. And with the new SetRecursion function, developers can bypass the previous limit of 50,000 iterations. See the new FileMaker While Function in detail as Devin Drake shows you how the function works.

Using the Assisted Install file, you can now specify the FileMaker application to automatically launch by default when FileMaker Pro is opened. For those who distribute the application for single purposes such as SBA (Solution Bundle Agreement) or want the end user always to go to the same application this provides more control over your FileMaker user experience.

Users love to create and send PDFs from FileMaker Go and it just got better with the ability to append a new PDF to an existing one via the Save Records as PDF script step’s append option on Go.

There are many barcode fonts out there and 4 more are now supported in Go 18. Using the script step Insert from Device you can now read PDF417 (IDs), ITF-14 (packages), Aztec (mobile), and Data Matrix (labels, letters, food) barcode types.

Using the FileMaker iOS SDK you can use MDM (Multi Device Management) to authenticate your application with the same OAuth providers supported in regular FileMaker applications: Amazon, Google, and Microsoft Azure.

FileMaker Go 18 is supported on iPads and iPhones running iOS 12.1.

FileMaker has enhanced the performance of FileMaker Server’s database engine, speeding up finds when many users are connected to the server. Understand more and see some tests of the FileMaker 18 Database Engine Enhancements by Nathan Kiefer with a sample file you can use to do some benchmarking yourself. Expect more improvements to the database engine over time.

Unfortunately servers do go down unexpectedly due to hardware failure or power outages, but with the new Startup Restoration feature, FileMaker Server will automatically fix corrupt files after the server is restarted. The process validates database entries when a file is first opened and before client access and if the file appears to not have been closed properly then FileMaker Server uses the restoration log (restore*.log) to restore the file to its last consistent state. Nathan’s article on the FileMaker 18 Database Engine also discusses Startup Restoration.

FileMaker Server has been updated to work better with Zabbix, an open-source server monitoring software. You can monitor users, memory, cpu, disk space, network traffic, and processes, and you can trigger events on stats. FileMaker plans to release a white paper and Zabbix templates for FileMaker Server. Understand how to set up Zabbix FileMaker Server Monitoring in a video by Aaron Kaiser.

The FileMaker Server 18 Admin Console now includes more details on schedules such as which ones are currently running, their last success, or their last failed information. You can also see the last time the FileMaker Server was restarted, more clear status of files hosted on server via iconography, and in the command line interface (CLI) you can change the default backup time. All welcomed additions; another one we would like to see in future FileMaker Servers is the ability to view and filter logs without downloading them first.

FileMaker Cloud for AWS was initially released in September 2016 and is a great product for most customers especially if you need to replace your current server hardware or are expanding to a more mobile workforce! This new product is available ONLY through Amazon Web Services (AWS) and gives you FileMaker Server in minutes. FileMaker Cloud is fast, lowers long-term maintenance, and is secure. FileMaker Cloud 1.18 will support all of the features of FileMaker Server 18.  Contact us if you would like help to setup and Manage FileMaker Cloud.

The FileMaker platform continues to be the leader in creating innovative, powerful custom applications for organizations all around the world and works seamlessly across Windows, Mac, iPad, iPhone, and the web. The release of the FileMaker 18 platform further solidifies FileMaker as the Workplace Innovation Platform leader.

FileMaker Go gives the platform a competitive edge and this version continues to build off its strong foundation. Organizations can create innovative and rapid custom applications for iOS with great ROI. Creating prototype applications on the iPad and iPhone is a matter of hours not months.

FileMaker 18 is a great release and has features everyone can benefit from. We look forward to building innovative custom applications using the new tools for mobile, web and desktop. 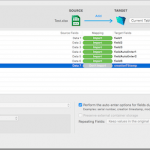 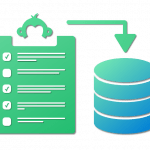