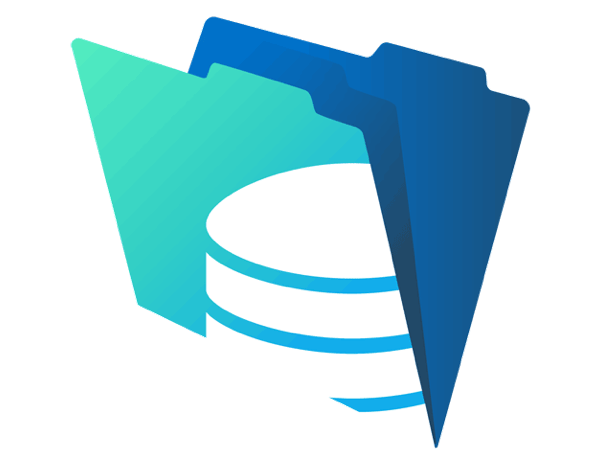 FileMaker Pro Advanced is the default client moving forward, and while the advanced tools are off by default, you can easily turn them in preferences by selecting “Use Advanced Tools”. FileMaker is a well-rounded platform and this release provides improvements to create custom apps such as improved layout design tools, improved usability, and enhanced security, allowing you to build more sophisticated applications faster than ever before.

Upon launching FileMaker Pro Advanced you now see from the File menu a Create Window option that provides you a way to begin with either a Blank application, Converting data to a New Application, or Learn more with a link to the new FileMaker Custom App Academy.

In addition you can now add Add-on Tables to your custom apps. Quickly add a common feature which inserts a table, relationship, and portal to the screen for common modules you may want to add in your custom FileMaker applications. The Add-on Table list includes Action Items, Addresses, Attachments, Companies, Email Addresses, General Info, Inventory Transactions, Notes, People, Phone Numbers, and Topics.

The relationship graph also now shows on the right the text, “If you add a portal to a layout and choose New Add-on Table, new table occurrences are created here for you. Or you can work with the relationships graph yourself. For guidance on creating relationships, see the Custom App Academy.”

With Add-On Tables we see great potential in the FileMaker Platform for building more rapid applications and potentially bolting on third party products. See FileMaker Add-On Tables in action as Kevin Boehle shows you in a video.

You can now display the current found set of records in a portal without any extra programming or the need to create a self-join relationship to your table. No additional relationship will be added to your relationship graph. Learn about the FileMake Current Found Set Portal in detail as Nathan Kiefer walks you through the feature in a video

The Inspector window and Field Picker have been improved so they are no longer floating windows by default allowing you to use the tools more easily especially with multiple monitors as you create and edit layouts.

The Field Picker can be resized, great if you are using long field names so you can easily see the fields. Also there is a new Control Style options you can set before dragging a field to a layout so the field appears as desired. Options include Edit Box, Drop-Down List, Pop-Up Menu, Checkbox Set, Radio Button Set, Drop-down Calendar, or Concealed Edit Box. In addition, The Layout Objects window introduced in FileMaker 16 is now a part of the Field Picker allowing you to toggle between Fields and Objects.

The Inspector Window now anchors to the right of your window in layout mode and allows you to toggle your views between Position, Styles, Appearance, and Data. You can still create additional floating Inspector Windows if desired.

A new Universal Touch theme is available that is used by starter applications and add-on table, designed to be simple and work well with iOS apps. The neutral color palette should allow you to customize the theme easily by adding your desired colors to a few styles quickly.

When sending email directly from FileMaker you can now attach multiple files to the email. The Send Mail script step allows you to insert multiple paths to send multiple files. In prior versions you had to use a third party email plugin to automate sending an email with multiple attachments.

Script steps that export or save files now include a Create Directories option. In prior versions you had to manually create the folders using a third party plugin and now FileMaker will allow you to do this very easily. Now you can save a PDF or Excel spreadsheet to a subfolder on a user's desktop and have FileMaker create that subfolder.

You can copy and paste custom menus from one file to another. Developers will rejoice who have built up custom menus as part of their solutions or have multiple files that you wish to streamline custom menus across.

You can now use variables for input fields in custom dialogs. When specifying the input field you can now select variable as the value. No longer will you have to use a global field and now you can use simple variables you define in your script.

Users who fail to log in to a hosted file local account several times will be locked out of the application for several minutes. This will help prevent brute force attacks on FileMaker Servers.

You can now return the value of a specified sensor for an iOS device using the GetSensor( ) function. Available sensors include Battery, Location, Attitude, Speed, Acceleration, Magnetic, Step Counts, and Air Pressure. Learn about FileMaker Sensor Functions as Armen Nahapetian demonstrates how to use the new GetSensor script step in a video.

Requires iOS devices running iOS 11.2 or later on the iPad or iPhone devices.

FileMaker Server is known for its ease-of-use and ability to run without any problems. The newest version focuses on an entirely new admin console interface, performance improvements, security updates, and many enhancements related to the FileMaker Data API, FileMaker Admin API (beta), and the FileMaker Server Admin Console.

The future of FileMaker Custom Web Publishing is now live and no longer in beta supporting new features such as uploading containers and calling FileMaker scripts. FileMaker continues to support the FileMaker PHP API for Custom Web Publishing (via Command Line Interface only) and has been clear to developers for over a year that your web apps should be built using the new REST API. Learn more about the Official FileMaker Data API as Mason Stenquist goes in depth about the Official FileMaker Data API in a video.

Going from a development version of your application to a production version now has gone from days to hours, and from hours to minutes with the new FileMaker Data Migration Tool. For customers with large amounts of data this is a huge deal. Learn more about the FileMaker Data Migration Tool as Ethan demonstrates in a video and includes a download file to make the tool easy to use for you.

As of launch of FileMaker 17 there is a new licensing model in place. FileMaker’s goal is to continue to create simplicity in understanding licensing for new and existing customers across all the products in the platform. Just count the number of users who will access your FileMaker application and that is number of seats you need to license your app. Users can use the entire platform and administrators can now deploy FileMaker Server up to 3 times.

The FileMaker platform continues to be the leader in creating innovative, powerful custom applications for organizations all around the world and works seamlessly across Windows, Mac, iPad, iPhone, and the web. The new release of the FileMaker 17 platform further emphasizes this.

FileMaker Go continues to give the platform a competitive edge and this version has many updates related to iOS. Organizations can create innovative and rapid custom applications for iOS with infinite ROI. Creating prototype applications on the iPad and iPhone is a matter of hours not months.

FileMaker 17 is a great release and has features everyone can benefit from. We look forward to building innovative custom applications using the new tools for Mobile, Web, and Desktop. If you would like help taking advantage of all the great new features FileMaker 17 offers, contact us today.

"We were actually able to add more features than we thought would be possible within our budget. We always experienced a ‘can do’ attitude and DB Services was incredibly patient and easy to work with."
Courtney Hartman
Art Director
"The new FileMaker custom website interface is very user-friendly and easy to follow for our clients. In addition, it is much faster than the old Instant Web Publishing (IWP) interface. Thank you and all the others who have helped us out at DB Services. I am very grateful for the excellent service you provide us. Its nice to know we can call you for help if we have an issue."
Wayne Capek
President
"We needed a solution that would simplify the administration of our responsibilities under our contract with the State of Indiana. We have seen a dramatic increase across the state in the number of potential foster and adoptive parents that have begun the preparation and training process. This increase has resulted in a significant opportunity for children available for adoption. That’s a big win for everyone! And it’s all because we can refer potential parents to the proper state contacts efficiently and quickly."
Chris Morrison
Executive Director
"Thank you for all of your expertise and valuable help. I am so grateful to have found DB Services."
Linda Findlay
Owner
"Thank you for our new database system. We transitioned from a carbon copy paper based system to a digital database. The software has saved us time and money. We used to archive all our jobs in cabinets, now we can look up a job in seconds from anywhere. The software allows us to easily email estimates to our customers in pdf format. In a year there was a return on investment just from eliminating the purchasing of our carbon forms."
Todd Cartmel
Owner
"The new system allows us to create and track jobs for customers along with inventory, something we had been doing with separate word and spreadsheet files. Because it’s now so intuitive, new staff members are able to begin using the database immediately without our usual training session and ‘cheat sheets’ for getting around within the file."
Tom Andrews
President
FileMaker Go Push Notifications
Free Downloads
,
FileMaker
←
FileMaker 17 Starter Solutions
FileMaker
→